Madge Wallace have become the preferred supplier of graduates to many of the Top Spas including The Amani Spa Group, The Four Seasons and Skin Sense to name a few. Graduates enjoy recognition and acceptance all over South Africa as well as around the World. Madge Wallace graduates are working in the USA, Europe, Australia and the East, as well as the Middle East and Dubai and have one on to achieved great success Nationally & Internationally.

Qualifications
Once a student has met all the course criteria, they will be eligible to take the final Madge Wallace examinations and have the option to enter into the International examinations.

Recognition & Accreditation
As a well-established College, we are committed to ensuring that we offer the highest standard of training, and that we comply with all the registration requirements as set out by our Governing Bodies.
QAP Accreditation Number : 2301
Qual ID : 21513 Diploma in Health & Skincare Therapy
Qual ID : 49915 Diploma in Health & Skincare Therapy
Professional Bodies
Madge Wallace has been aligned to International Examining Bodies such as ITEC & Cidesco since the early 1980’s, recognised by the Department of Higher Education, the Services Seta and the Quality Council for Trades & Occupations (QCTO) and are a member of SAAHSP and actively maintain our curriculum to the National & International Standards. 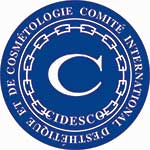 CIDESCO
Our membership is open to the leading schools, colleges and beauty centers of the world and students looking to achieve a superior level of training and the CIDESCO Diploma qualification which is recognized worldwide. 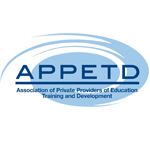 APPETD
APPETD renders services that are specifically aimed at the needs and interests of its members and private providers as a whole. The specific needs include face to face, distance learning, Adult Basic Education (ABET), Early childhood Development (ECD), and Health Education.

SETA / QCTO
The Services SETA & more recently the QCTO (Quality Council for Trade & Occupations) is striving to build a system where skills production and development respond to the socio-economic needs of our country and its labour market. Such high-quality skills will in turn enhance investment and improve service delivery.

..Taken from the SAQA website, discussing the merits of the CIDESCO Qualification

We at SAQA (South African Qualifications Authority) came to the conclusion that the South African qualifications should be regarded as the leading qualifications worldwide. Most of the countries researched offer courses based on unit standards leading to certificates equivalent to our NQF Levels 3 and 4. The only country we could find that has national standards is the United Kingdom.

In our search, to ascertain how South African qualifications and/or unit standards compare with those in the rest of the world, we looked at countries such as United States of America, Australia, New Zealand, the rest of Africa, the United Kingdom, Western Europe and Asia.

Qualified Health and Skincare Therapists from South Africa are sought after worldwide, as they are multi-skilled in comparison with therapists from other countries, who tend to learn in smaller units. Thus many South Africans are found working in spas and salons around the world and also on international liners.”